Canada’s Recreational Market On The Rise 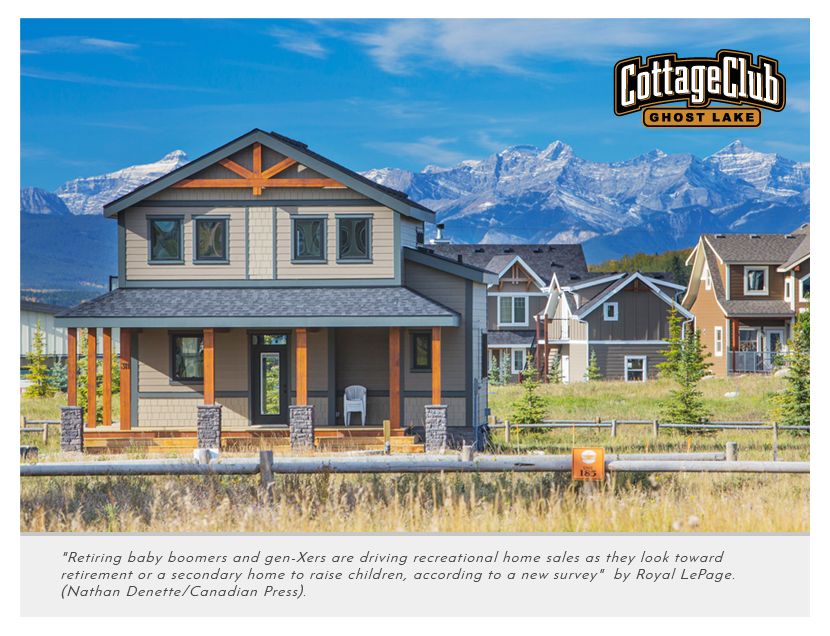 Canada’s Recreational Market On The Rise

If you’re on the hunt for the perfect recreational getaway now is the time to buy. According to the CBC, Canada’s recreational home sales are ‘robust’ heading into the summer season and the price of vacation homes is expected to rise 5.8 per cent by end of September. A new Royal LePage survey suggests that the average price of a recreational home in Canada is expected to rise to $467,764, by the end of this fall. That’s up from $442,239 in the same period last year. Retiring baby boomers and gen-Xers are driving recreational home sales as they look toward retirement or for a secondary home to raise children, said the survey, which polled 200 of the real estate firm’s property advisers across Canada between mid-May and the start of June. “Driven by the strength of the nation’s economy, Canada’s recreational real estate market is set to experience another strong year,” Royal LePage CEO Phil Soper said in the report. “While home values and sales activity in Canada’s largest urban markets have softened, demand for recreational properties remains robust in most regions.”

But the country’s most expensive property market — British Columbia — will see recreational prices decline by nearly three per cent to $531,333 as the new speculation tax on secondary residences keeps buyers away, according to the survey.

“With Canada’s fastest growing economy, British Columbia’s vast and varied recreational regions might be expected to lead the country,” said Soper. “That will not be the case in the near-term as new taxes aimed specifically at recreational property owners are expected to weaken markets across the province, driving would-be purchasers to invest elsewhere.”

Alberta residents, who are one of the biggest buyers of recreational property in B.C., are expected to look more at their own province for vacation homes, the study said, driving up prices in popular regions such as Canmore and other communities in the Rocky Mountains.

Most purchasers buying a vacation home do so depending upon affordability, lifestyle choices and closeness to their primary residence. CottageClub, offers recreational lots and cottages for almost every lifestyle and budget with cottage lots starting from $199,000 + gst including lake front, mountainview and private retreat lots. We have experienced on-site builders to choose from to build your cottage… and as diverse selection of spec cottages.

“Alberta’s Most Amenity Rich Recreational Getaway”
It is only 35 mins from Calgary!